"Live a life of love, just as Jesus Christ did and gave himself up for us as a fragrant a offering and sacrifice to God." Ephesians 5:20 NIV 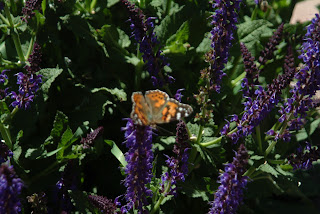 In a culture where the one word icon for living life is "ME," it is necessary to define what "living a life of love" means.  The verse actually gives the explanation--look at Jesus Christ.  He gave up himself, his very life to die for us, to pay the only sacrifice that would pay for our sin, our rebellion against the very God who created us. And why? Because He lived a life of love...of sacrifice.

Give myself up?  Give up my plans and dreams for others? Sacrifice my life for someone else? What does that look like.

When I taught at Sunshine Bible Academy in Miller, South Dakota, one of my "jobs" was coaching drama.  I loved honing the raw talent those teens had, helping them become actors and actresses that could portray characters well on the stage.  Several students were even able to get drama scholarships to various colleges and universities. 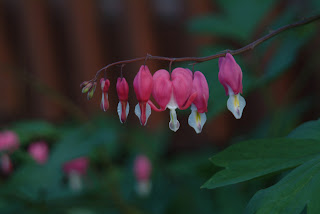 One young man who had earned a scholarship to South Dakota State University called me his second year there and told me that there was a play they were producing that I needed to see.  He only had a small part  but he thought it was a play I needed to see.

The play was Marvin's Room.  It was later made into a movie (1996) starring Meryl Streep and Leonardo DiCaprio (one of his early movies).


So on a fall Saturday afternoon, Larry and I drove to Brookings to see this play in a small theatre on the campus.  I had no idea how I would be affected by that play.

The basic plot of the play is about a woman, Bessie, who gave up her chance at marriage and a career to come home to care for a mother who was dying from acute leukemia. Through the years she had cared for other ailing aunts and uncles and now she was caring for her dying father.  At this point, she has just learned that she too has leukemia and needs a bone marrow transplant.

Bessie's sister, Lee, had left home after high school to make her way in the world. Now she has reluctantly come back from Chicago with her two sons after being asked if they would come to see if one of them would be a match for the transplant.

Life has been tough for Lee and she is bitter and angry. Life has not turned out like she thought it would.  Life has been very hard and even her oldest son seems to have turned against her.

I found a lot of truth in the play. Larry actually said "Amen" so much that the actors were talking back stage about this "crazy guy" who thought he was in church.

There is one line in the play that is filled with a truth our culture needs desperately.  It is late at night and Bessie and Lee are heatedly talking about the different paths their lives have taken.  Suddenly, Lee accuses Bessie of wasting her life. She basically says that Bessie had wasted her life taking care of people who just used her and didn't love her. "You gave up real love to take care of sick, old people." 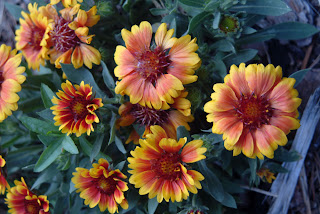 After a long pause, Bessie quietly answers her sister, "Oh, no. You see they have given me the chance to love...to love them. I do know what real love is."

I think Bessie got it right.

Have you ever been in a public place when you began crying and couldn't stop.  You were trying to keep the fact you were crying to yourself but you just couldn't stop?

That was me that day.  Larry and I sat there, and sat there.  Everyone else had filed out of the theater and I sat and cried. The truth of that play astounded me. It was an affirmation from God through the lips of an actress.

When I finally made it out to the hallway...I couldn't talk...I couldn't say anything.  Dustin's parents were there but I couldn't talk.  I just stood and when Dustin came out from the dressing room, he just quietly came over and took my arm and helped me get Larry to the car.  He said something about he knew I needed to see the play.

Living a life of love...it isn't easy...in fact it is downright hard and none of us do it well. But the times we get it right gives us a sense of peace and contentment knowing it isn't about us.

If you haven't seen Marvin's Room, I would recommend it.  Keep a box of Kleenex handy and don't watch it with anyone you don't want to cry in front of. You do need to know that on the front of the box cover for the movie it says, "Wonderfully Funny" by Siskel and Ebert. You will laugh but just be prepared.

And now for an interesting side note...the play was written by a man who was gay. There was an explanation about the author in the program that I read before the play began so I was pretty upset with Dustin for asking me to come see this play.  I totally planned not to "like" the play written during the early years of the AIDS crisis before there was much hope for recovery.  Many were dying and they needed people to love them, to care for them. A lot of people wouldn't and didn't, even for the many who were innocent victims of the disease. 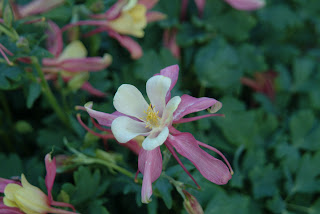 The play was a subtle reminder of what should be all of our response to the needs of others--living a life of love...through God's love and compassion that at times is the opposite of what we want to do.

Matthew 5:38-39 "You have heard that it was said, 'An eye for an eye, and a tooth for a tooth.' But I say to you, do not resist him who is evil; but whoever slaps you on the right cheek, turn to him the other also. And if anyone wants to sue you and take your shirt, let him have your coat also. And whoever shall force you to go one mile, go with him two.  Give to him who asks of you, and do not turn away from him who wants to borrow from you.
"You have heard that it was said, 'You shall love your neighbor, and hate your enemy.' But I say to you, love your enemies, and pray for those that persecute you..."

Now I think I am going to go watch Marvin's Room....again.

P.S. For those of you who heard Pastor Bates' sermon this morning...I wrote this two days ago...go figure.  Might have something to do with the Holy Spirit.