Larry, my GIFT from a GOOD GOD


"For I know the plans I have for you, declares the LORD, plans for welfare and not for evil, to give you a future and a hope." Jeremiah 29:11 ESV

What a wonderful gift—to know that God knows the plans He has for our lives and that they are plans for our good to make us look to the future and the hope we have in that future.

Before Larry and I were married, we claimed Romans 8:28 as a life verse.

"And we know that God causes all things to work together for good to those who love God, to those who are called according to His purpose."  NASB

If I were to put all the ingredients that went into a Sour Cream Chocolate Cake on a table and had you taste each ingredient, how many of them would taste good?  Of course the answer is only one—sugar.  What about the flour, the salt, the baking soda, the eggs, the sour cream, the cocoa, the vanilla, the oil?  Only the sugar really tastes good. 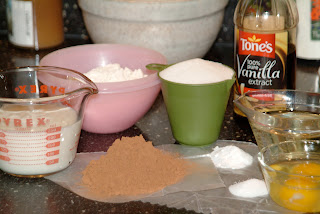 But if I take all those ingredients, mix them in the right proportions and bake them at the right temperature what would I end up with?

Of course!  A really good Sour Cream Chocolate Cake that would make your mouth water. 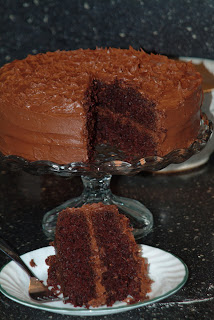 Isn't that like life—many of the circumstances, the events in our lives are hard; they don't taste good.  But in the end, life circumstances do work together for good —looking back we wouldn't change a thing because of what God has taught us and accomplished in us.

The "problem" Larry and I were dealing with in 1967 when we chose that verse was we would be separated by 700 miles for the 8 months before our wedding.  We were "in love" but would only see each other twice in those months. Phone conversations then were about once a month.—yes, it was the dark ages.  We wrote almost daily but whoever said that "absence makes the heart grow fonder" must have been married for years, not just engaged, not just beginning their life together.

God did work those months of separation out for good while I finished my last four quarters of college and he finished his first year of teaching.  The writing each day taught us much about each other as we shared our hopes and dreams and our love for the Lord. We were married in August and began teaching at the same school in Iowa five days later.  [I was 20 years old teaching high school.  In future posts I'll share some of the experiences God brought to me through those students.]

Larry was a wonderful husband, father and provider.  Our love for each other grew as the years went on.  There were the typical problems to deal with— differences in personalities, likes and dislikes, loss of a job, moving four times, babies, a miscarriage, financial decisions, and a broken ankle but we weathered the storms by trusting God and His direction and plan for us. We were grateful for the work He was doing in our lives.

Then in February of 1977, a major event changed our lives forever—one of those ingredients that doesn't taste good.  Coming back to our home after a weekend at his parents,  a teenage girl who had been drinking, drove directly into our lane and hit us head on.


The end result of that accident was that Larry spent five months in the hospital and then three in a nursing home. He came home with a closed head injury that left him with no short term memory, poor thinking and reasoning skills and very poor balance—he was very much like a child.  Even though I suffered serious injuries in the accident (broken ribs and wrist, concussion, double vision along with deep cuts and bruises on my legs), I did not lose the baby I was pregnant with and delivered our third child the end of May.  Larry came home four months later.

That was the beginning of 35 years of taking care of Larry, of thinking for him, of anticipating his needs, of basically 24/7 care for a man who was vastly different from the man I had married just eight and-a-half years earlier. 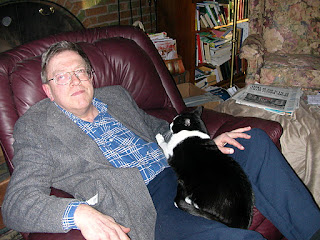 I would not trade the last 35 years for a less "difficult" story because God has indeed worked out "all things for good."  Larry is indeed God's grace to me that has kept me dependent on God.  God in His goodness and grace provided a "new" Larry who has often said—over and over—for 35 years— things like:
"Pray about it!"
"I'm praising God!  If you can't do that, then you are in the wrong crowd."
"Praise God, He is in charge!"

God has used our story—actually "His-story"—to touch many lives in more ways that we will ever know.  But most of all He has used this "thing" that happened to us to mold me, to shape me into His plan for me.  And as I later added Romans 8:29 to our life verse, He continues to work.

"For those whom He foreknew, He also predestined to become conformed to the image of His Son,..." Romans 8:29a NASB

That is the goal God has for each of us—to be conformed to the image of His son.  Of course that won't be complete until we see Him.

"Beloved, we are God's children now, and what we will be has not yet appeared; but we know that when he appears we shall be like him, because we shall see him as he is.  And everyone who thus hopes in him purifies himself as he is pure." I John 3:2-3 ESV

One thing I know and that is that my hope, my eternal hope is the knowledge that this is not all there is.  Heaven is for "REAL" and Larry and I will be there some day.  Praise you, Lord.  As Larry tells me when I can't remember something, "When we get to Heaven, we will BOTH be able to remember things!" and "Yes, we will both be conformed to the image of Jesus!"  Praise, God!